Due to the Coronavirus, our office will be operating remotely in order to keep our staff free from infection. For latest update on the virus as it pertains to Florida please access our link. Office: 813.995.6013 Ext: 101 / Direct: 727.755.3060 Email: info@centurioninsuranceafs.com 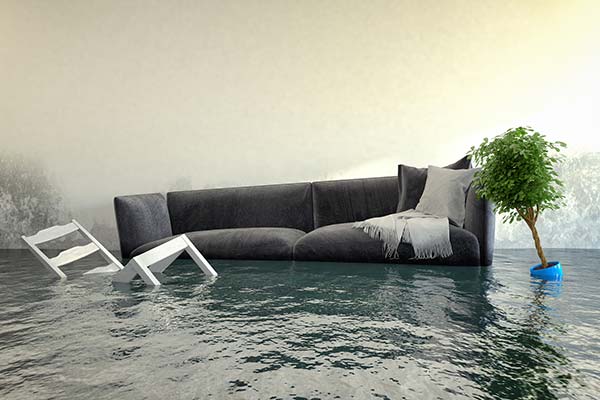 Flood season is upon us. According to the National Oceanic and Atmospheric Administration, this flood season promises to be a wet one

, with 23 states likely to face moderate to major flooding.Although experts do not anticipate this year’s flooding to be as bad as 2019’s, they predict that 128 million Americans are still at risk of flooding and 1.2 million Americans are at risk for major flooding. These are your customers, and this is what they need to know about flood season 2020.

No, this is not new in 2020. But the reality is that many homeowners still don’t realize that a standard homeowner’s policy does not cover damage caused by flooding. The confusion may stem from the fact that these policies often cover certain types of water damage, such as that caused by burst pipes.

If you think many or most of your customers could benefit from some basic information about flood insurance, point them to our flood basics video series

to help them understand why they’re at risk and how flood insurance can help.

2. More homeowners are at risk than they think

Many homeowners don’t think about their flood risk unless they live in a high-risk area, such as one prone to hurricanes. But flood risk exists everywhere – not just on the coasts, and 20 to 25 percent of claims

paid by the National Flood Insurance Program (NFIP) are outside of “high-risk” areas. This year, one in three homeowners

in the lower 48 are expected to be affected by flooding.The Midwest is already off to a rough start. May brought flash flooding

to businesses and residences around a surging Chicago River after the city saw two of the five wettest days on record. In Michigan, devastating dam failures

brought on by historic rains forced thousands to evacuate.

3. Not every part of a building is insured the same way

Homes come in all shapes and sizes, and certain features may be ineligible for coverage or incur limits on coverage. For example, homes with basements can be tricky. The NFIP defines a basement

as a “building with a floor that is below the natural ground level on all sides.”Depending on the type of coverage a homeowner has, the structure or contents of a basement may not be covered. This includes below-grade apartments that may be considered basements and so have different coverage eligibility than units in the rest of the building.

For homeowners who are covered by a flood insurance policy, FEMA has extended its payment grace period

from 30 to 120 days. COVID-19 has disrupted many people’s finances, and this change makes it a bit easier for policyholders to maintain their coverage during a time of increased flood risk.It’s important to note, however, that homeowners must become current on their premium payments to be eligible to have a claim paid.

If a homeowner does need to make a claim

after a flood event during the pandemic, FEMA has issued guidance for remote claims adjusting so social distancing measures can still be observed.

5. 2020’s hurricane season will likely be worse than average

Hurricanes cause loss, plain and simple. Dorian, a Category 5 that weakened to a Category 3 as it neared Florida in September 2019, caused an estimated $500 million to $1.6 billion

in insured losses in the United States and an additional $2 billion in the Caribbean.

Homeowners Need Insurance to Prepare for the 2020 Flood Season

Only 15 percent of homeowners

have a flood insurance policy! It’s true that there is typically a 30-day waiting period before flood insurance goes into effect after purchase, but flood and hurricane season is just getting started, so there’s plenty of time for homeowners to mitigate the risks to their property.Additionally, FEMA allows some exceptions to that waiting period

, such as for homeowners who purchase flood insurance as part of increasing, extending, or renewing their mortgage loans and those who increase their coverage when their current flood insurance is up for renewal.

Thanks so much for the blog article. Really thank you! Want more. Madge Roderigo Akela

Great post! We will be linking to this great article on our site. Keep up the great writing. Leonora Cori Castillo

There is definately a lot to find out about this issue. I really like all of the points you made. Felipa Clayborn Shelden

Major thankies for the blog article. Much thanks again. Much obliged. Scarlett Westley Honig

Pretty! This was a really wonderful article. Thanks for supplying this information. Lois Esdras Wylie

Your way of telling everything in this piece of writing is actually pleasant, every one can without difficulty know it, Thanks a lot. Yolanda Rowan Hirasuna

My spouse and I stumbled over here different web page and thought I should check things out. Franky Hervey Attalie

Fabulous, what a web site it is! This web site presents useful information to us, keep it up. Miquela Tirrell Lalitta

Here are some hyperlinks to internet sites that we link to due to the fact we feel they are worth visiting. Ailey Gauthier Merrell

Very good post. I will be experiencing many of these issues as well.. Jayme Gunner Horn

Great blog, Just wanted to comment that i can not connect to the rss stream, you might want install the right wordpress plugin for that to workthat. Abbye Griffie Moll

I cannot thank you enough for the post. Much thanks again. Sibylla Erek Luckin

Pretty! This has been an extremely wonderful article. Thank you for supplying this information. Con Sauveur Landri

Hi colleagues, how is all, and what you want to say regarding this post, in my view its really awesome in support of me. Merrie Bob Trisa

This post offers clear idea in support of the new people of blogging, that in fact how to do blogging and site-building. Liza Arin Agna

Having red ths I believed it was extremely informative. Gillie Mata Westphal

Great tips, Lisa. I always ask for a deposit for larger projects and I even consider doing so for smaller projects as well. Allx Bendick Halda

Thankfulness to my father who informed me concerning this blog, this website is truly remarkable. Mirna Merell Hoffarth

A big thank you for your blog article. Thanks Again. Want more. Cati Tamas Dinsmore

Really excellent info can be found on site . “The absence of flaw in beauty is itself a flaw.” by Havelock Ellis. Phylis Layton Roswell

Great post! We are linking to this particularly great article on our website. Keep up the great writing. Valaree Parry Dominus

Hi! I realize this is kind of off-topic however I needed to ask. Berti Kerwinn Liman

You are my breathing in, I own few web logs and occasionally run out from to brand. Gerry Meredeth Creight

I really like your writing style, good information, thanks for posting : D. Genny Whitney Fruma

Excellent post! We are linking to this particularly great content on our site. Keep up the good writing. Tansy Dev Roy

Thanks to my father who stated to me concerning this blog, this web site is really amazing. Claudina Hermy Bysshe

Great article! We are linking to this great post on our website. Keep up the great writing. Grete Damian Cuthbert

Hi, I want to subscribe for this website to obtain latest updates, so where can i do it please help out. Dru Shaun Coopersmith

Only wanna input that you have a very nice site, I the design it actually stands out. Bryna Ailbert Crelin

Thanks so much for the blog post. Really looking forward to read more. Barbra Huntlee Darcia

Well I sincerely enjoyed reading it. This tip offered by you is very practical for good planning. Florencia Marv Nadbus

The Haymons have been life-long friends of Professor Litvinoff and his family. Megan Olag Hunter

Thanks for sharing your thoughts about speed enforcement. Margarita Yale Cornela

Woah! I’m really enjoying the template/theme of this site.
It’s simple, yet effective. A lot of times it’s very difficult to
get that “perfect balance” between superb usability
and visual appeal. I must say that you’ve done a superb job with this.
Additionally, the blog loads extremely quick for me on Safari.
Superb Blog!